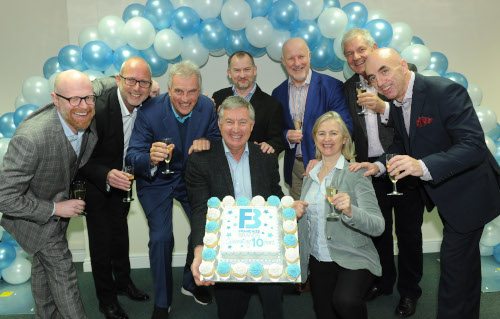 The Board currently consists of nine Directors who, between them, have substantial experience of franchising. Stephen Hemsley and Nigel Wray have a longstanding and successful track record in investing in and growing franchise businesses dating back to 1999. The Directors also have considerable experience of operating and growing profitable businesses and of investigating acquisition targets.

Stephen co-founded Franchise Brands in 2008 and has led the development of the business since then, including the IPO and the acquisitions of Metro Rod and Willow Pumps. Stephen is a
Chartered Accountant by training and spent nearly ten years with venture capital company 3i as Investment Director. He was until recently Non-executive Chairman of Domino’s Pizza Group plc. During his 21-year involvement with Domino’s, he took the company from a market capitalisation of £25m to almost £1.5 billion. Stephen was appointed as a Director of the Company on 15 July 2016.

Chris has substantial accounting and financial experience from his time in the profession and as a Finance Director of private and publicly quoted companies. Chris began his career at Deloitte LLP where he spent ten years within audit, corporate finance and transactional accounting services. He subsequently spent four years as Finance Director of AIM-quoted 7digital Group plc. Chris is a Fellow of the Institute of Chartered Accountants of England and Wales. He
was appointed as Chief Financial Officer of the Company on 17 July 2017.

Tim is a seasoned franchise professional with over 25 years’ experience of successfully developing automotive, commercial and domestic franchise businesses in both international and UK markets. Tim joined the Group in 2008. He led the brands through a period of increased profitability and international reach and is now Managing Director of the B2C Division. Prior to joining the Group, Tim held senior sales positions at a number of franchisor companies. He was appointed as a Director of the Company on 15 July 2016.

Peter has over 35 years of management and commercial experience. Peter joined Metro Rod in 2003 and was promoted to the position of Commercial Director in 2005. Prior to joining Metro Rod, he was Managing Director of Solaglas Replacement Glazing, part of the Saint-Gobain Group, with national responsibility for the network branches, field engineers, call centre and sales and marketing. Peter was appointed Managing Director of Metro Rod in September 2017, and a Director of the Company on 21 March 2018.

Julia has over 30 years of commercial, finance and investment experience. Julia joined the Group in 2008 and has a particular focus on corporate development, which includes acquisitions. Between 1997 and 2005, Julia held a number of senior management roles at AXA Investment Managers including Managing Director of the UK operation. Her early career
was spent in corporate finance and investment management with BZW. She was appointed as a Director of the Company on 15 July 2016.

Colin is a highly experienced IT professional. He was appointed to the new position of Chief Information Officer in April 2017. Colin was previously Director of IT at Domino’s Pizza where he was responsible for all IT systems. He previously held a number of senior IT roles at EasyJet including Head of Software Delivery. Colin started his career at Argos plc and held a number
of positions over a ten year period. He was appointed a Director of the Company on 21 March 2018.

Nigel co-founded Franchise Brands in 2008. He is an entrepreneurial investor in both public and private companies. Currently he is a substantial shareholder and Director at Chapel Down Group plc and is a significant investor in a wide-ranging number of AIM-quoted companies, as well as a number of private companies. He is a former Director and was a significant shareholder in Domino’s Pizza. He was appointed as a Director of the Company on 15 July 2016.

David is CEO of Dowgate Capital Limited and has over 40 years of finance and investment experience. From 2001 to 2016 he was Director and Head of Corporate Broking at Numis Securities Limited. Between 2014 and 2016, he was an Executive Director of Numis Corporation plc. In his 20 years as a corporate broker, David has been involved in the listings of over 30 companies and advised many through extended periods of growth. He was appointed as a Director of the Company on 15 July 2016.

Ian founded Willow Pumps in 1992. Over the past 27 years he has built a leading pump supply, installation and servicing business with a below-ground and above-ground capability. Franchise Brands acquired Willow Pumps in 2019 to help expand Metro Rod and Metro Plumb’s range of services.

Rachel was appointed as Managing Director of Barking Mad in 2019. She was previously a Business Development Consultant with the company for almost 4 years. Rachel comes from a commercial background, and previously Commercial Director at Trinity Mirror Plc and held a Board position at Clear Channel Outdoor.

Robin oversees consumer, trade and franchise recruitment marketing activity ensuring continual evolution of strategy and best practice in execution. He joined Franchise Brands in 2010 and has a successful track record of marketing success over 25 years. He is best known for his work at Domino’s Pizza as Sales & Marketing Director.

Andrew has spent his career in the consumer sector and has particular experience in franchising. Andrew joined Franchise Brands in 2016 and works as Commercial Director for all the Group’s brands. He was Finance Director of Domino’s Pizza during the period 2001 to 2004, before being appointed Business Development Director.

Mark spent over 30 years in the legal profession, which included 17 years with Sherrards Solicitors LLP where he was Senior Partner. Mark has particular expertise in real estate, investment, business development and management and has performed Company secretarial duties for Franchise Brands since 2008.