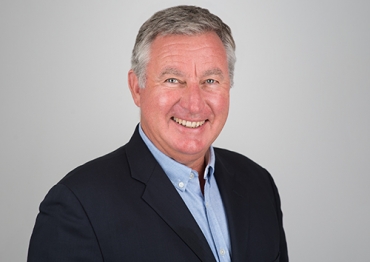 It’s no wonder Stephen Hemsley, Executive Chairman of Franchise Brands plc, is thrilled with the company’s recent flotation, with the share price rising strongly since the IPO in early August. “It’s exactly what we were hoping for. We priced the issue realistically to hope for a bounce in the after-market. The placing was very significantly over-subscribed” says Stephen.

In 1998 Hemsley joined the then private company Domino’s Pizza as Finance Director, leading them to an IPO on AIM in 1999. Subsequently as CEO he led the business through a period of growth. During his 18-year association with Domino’s Pizza, Stephen has taken the company from a market capitalisation of £25m to around £1.8 billion and membership of the FTSE 250 Index and from around 100 to over 900 stores across the UK, Ireland and Europe.

“I’ve conducted an IPO a number of times before and it’s still quite a strain! Julia Choudhury, my Corporate Development Director, also took a great deal of the load. Julia’s been through the process in the past too with her City background, so we had a reasonable amount of experience involved in the process.

“But the task itself is not to be underestimated, and it needs to be managed. I had a pretty clear idea of how we wanted this done and the team we needed to get it done. And indeed the timetable, which you mustn’t let stretch too much.

“Unfortunately right in the middle of our timetable, Brexit popped up! It was definitely unexpected and unwelcome, but I do feel that UK plc will now get on with it. The decision’s been made and I think it’s being very well managed by the Bank of England and the government, they’re not rushing into any decisions. I think when the button’s pressed on Article 50 there’ll be a period of additional uncertainty, then I think we’ll come out of the other side in a brave new world. We’ll manage our business accordingly; I don’t think it has serious implications for either Domino’s or Franchise Brands.” 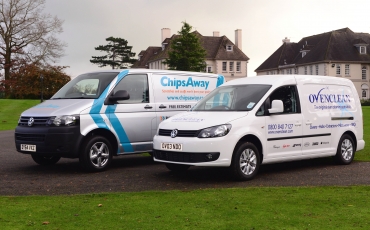 There’s no doubt that the decision for Franchise Brands to go public rather than seek other investment options, such as private equity or venture capital, is the right one for the business. It will certainly make acquiring other businesses easier, and particularly locking in the management of those businesses. Stephen explains: “It’s difficult to lock people in with equity in a private company but much easier in a publicly listed company. We are only looking at businesses where the management team want to carry on as part of Franchise Brands. Some of the restrictions on their growth may be to do with being privately funded, with some shareholders wanting a realisation or an exit, but we will only look at those business which have good management that want to stay with Franchise Brands going forward. This will help us to grow in a more controlled and sustainable way.”

Currently, Franchise Brands boasts not only their decent profitable brands, but their well-managed host of central services including marketing, franchisee recruitment and franchise support. Stephen continues: “What we’re looking to do is share those resources with other ambitious people and brands that want to grow. What we don’t have is an army of people waiting to manage someone else’s brand for them. Alongside that we can show them a few tricks we learned over the years at Domino’s and other businesses that we’ve built up.”

Acquisitions are clearly the next step for Franchise Brands. Stephen explains, “What we’re looking for is B2C brands, where a lot of our expertise is. The second characteristic we’re looking for is a franchise with high added value by the franchisee We’re not looking for franchises with a high supply element, with slim margins made by the franchisee on supplies by the franchisor. In our brands, all the value add is created by the franchisee and that’s crucial in our future acquisitions. We’re only going to acquire businesses that are already successful. We want to take good businesses and make them great. We very much want existing management involved, we want to invest in them, and show them some of the things that maybe they don’t know is possible or can’t afford to do at the moment. We want to help them expand their business and their franchisees’ businesses while doing that. I very much hope we’ll be doing our first couple of deals within 12 months or less.”

Hemsley has clearly set out Franchise Brand’s ambitions: “We floated this business at around £15m. The board’s target is to create a £100m business within the next five years perhaps. We’ve got to find the right deals with the right management that fit with the benefits that we have to offer. It’s growth without compromise on quality or price.”

*Quotes taken from full interview by the BFA. Transcript available at the BFA website.
Franchise Brands plc is a group of international multi-brand franchisors, whose current brands are ChipsAway, Ovenclean and MyHome.